I know I’m over half way through pregnancy, but I still can’t believe I AM PREGNANT! It feels like just yesterday I was preparing for my wedding day! I’ve learned so much since then. It has been one of the best but hardest things I’ve endured so far from morning sickness to a couple scares. Let’s get right into the good stuff! I thought I would set it up in question form so you can quickly get any information you want to know!

When did you find out you were pregnant?

I found out I was pregnant at about 3.5 weeks! Early, I know but it was such a sweet moment! I took not one pregnancy test…. but THREE. I just didn’t believe it the first two times! Like what? Me??? Pregnant?!?!?!

How did you tell your hubby that you were pregnant?

I found out about a week before my hubby’s birthday and Valentine’s Day. I wanted to surprise him with something special, especially because we were traveling to San Diego those days…. but I only lasted 24 hours and told him the following day! How could I keep something so special to myself for that long?! It just wasn’t possible. I made him a little gift bag with a custom onesie that said “daddy loves me” and a custom mug that said “proud dad”. What’s funny is that he didn’t realize what they meant until he reached into the bag to see the positive pregnancy test I took! I loved his reaction! Definitely check out the video below to see how he responded.

When did you take your first bump photo?

About 4.5 weeks when my hubby and I went to San Diego to celebrate Valentine’s Day! We went to the beach and it was such a beautiful time. Honestly, the baby was sooo small at this point, so I barely had a bump (mostly bloat but who cares). I’m so glad I have this photo to look back on now! It’s my first photo with my little one. We’ve come such a long way since then!

How far along are you now and when are you due?

How was the first trimester?

Rough. Morning Sickness/Nausea quite often. Aversions to most foods. Exhaustion. Anxiety. Pain. Let’s just say the thought of if it was possible to go through another pregnancy after experiencing all this did cross my mind many times. Need I say more?

Somewhere around weeks 14-16, we had two scares happen back to back right after we announced our pregnancy! One week, I started experiencing pain to the point where I just knew something was wrong. I wasn’t sure if I was going into pre-term labor or what! Apparently the pain was caused by fibroids and everything was just fine with our baby! WHEW. The second occurred about a WEEK afterward, so of course, I freaked out. DID THE DOCTORS MISS SOMETHING?! I was bleeding and anytime that happens during a pregnancy, it’s scary! You start fearing the worst and it’s all you can think about. I had an ultrasound done the very next day, and the baby was doing just fine once again! They checked everything to make sure my cervix was still closed and we were good to go! I’m still not sure what the cause of the bleeding was, but I’m glad that everything is okay with the baby! I had to be on bedrest for a few days which was tough but worth it to make sure I didn’t add any extra stress to my body or the baby.

What has been the coolest thing you’ve experienced?

The first time my hubby and I got to hear our baby’s heartbeat was UNREAL. I’m not one to be super out there with my reactions to things, much like my hubby, but I know it filled us both with such a quiet joy and excitement. The feeling of hearing a heartbeat of a living being that you helped create… what a blessing, y’all!

Do you know if it’s a boy or girl yet?

It’s a BOY! We had a our gender reveal a couple weeks ago. It was super chill and fun getting to celebrate this exciting new journey with our friends. My bestie made cake pops that revealed the gender for us, just in case you ever needed an idea for a gender reveal! Anyway, we will publicly share his name soon enough, but we are absolutely in love with our son! We haven’t met him yet, but I know he will be pretty darn cool. He’s got some good genes working for him after all, haha.

Overall, pregnancy is tough – I am growing a human in my body after all. But, I’ve loved it. It’s such a blessing and I am honored to carry my son. I would do it one million times over and a day to be able to hold him in my arms.

Mamas and mamas to be, let’s start a conversation in the comments! If you are a mom of any kind, how was your experience with the first half of your pregnancy? Highs? Lows? If you haven’t experienced it yet, how many kids do you hope to have one day or what has your journey been like so far? Looking forward to hearing from you!

What My Husband Wishes He Knew Before Pregnancy

What My Husband Wishes He Knew Before Pregnancy 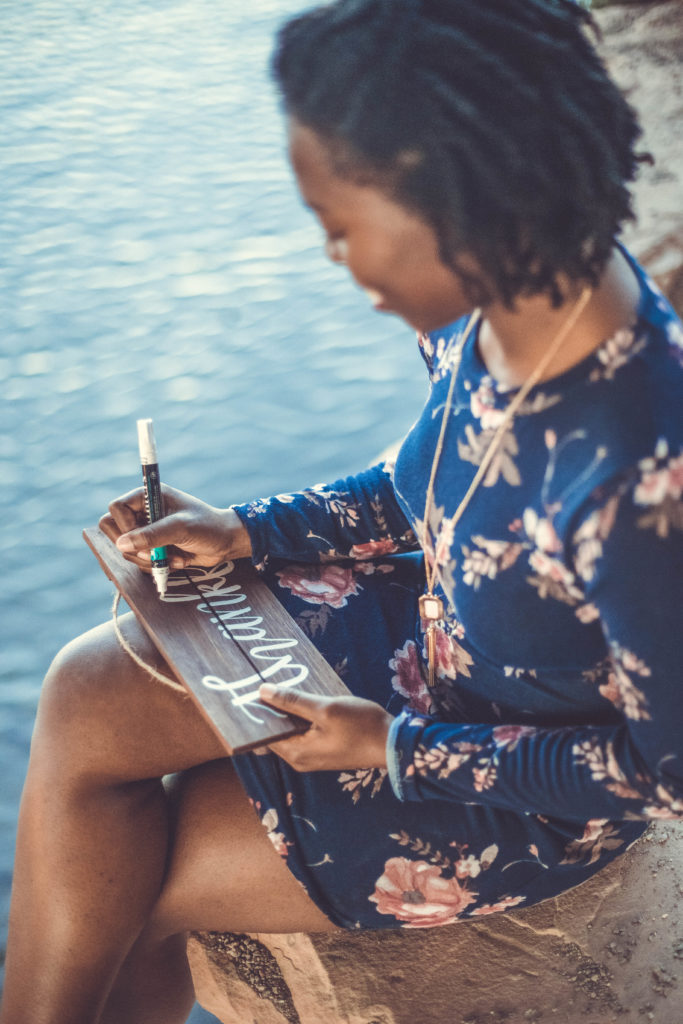 Welcome to my little nook on the web!